Before I get into my review of the Cozumel Carnival 2017, here is a bit history into the origins of Carnival.

The original reason for celebrating dates back to the 16th century when the Spanish conquered Mexico; the Spanish then forced the Catholic religion onto the people of Mexico. Starting on Ash Wednesday, the Catholics celebrate Lent. Lent is a forty-day period when participants must give up eating rich foods such as meat, dairy fats or sugars; this is meant to make a person consider the forty days of suffering that Jesus Christ undertook in the desert. Since all these rich foods were to be eaten or thrown away by Ash Wednesday the people of Mexico started having great parties and began celebrating with feasts, drinking, and dancing. (Hypocritical if nothing else!) These festivities were similar to others that the indigenous people already celebrated as Nemontemi celebration for the Nahuas and Cabik celebration for the Mayans. These two celebrations were to celebrate the “lost days” or “goodbye to the flesh,” the people covered their faces with masks to fend off evil. This was a great means for the people to be disobedient to the authorities with their identity hidden behind the masks.

The Mexicans claimed their independence in the 19th century, and the interest in the festivities faltered. Liberal movements depressed the celebrations bringing them to an end. However, from the latter part of the 19th century to today the Carnival celebrations have made a huge resurgence attracting tourists by the thousands. The Carnival today is funded mostly by the government and large companies as sponsors; it has become mostly all about cross dressing, drag-queens, gays, and drinking. Little or no resemblance to the original carnival exists sadly. 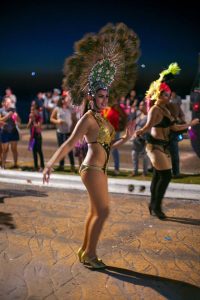 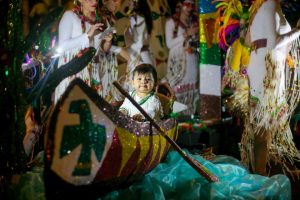 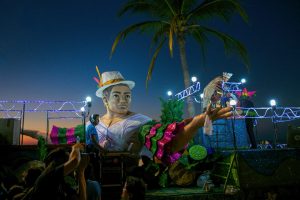 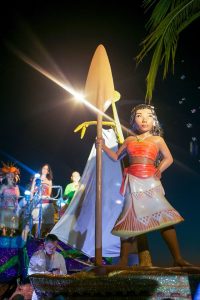 Cozumel Island’s Carnival of 2017 was viewed by thousands of spectators, far more than last year. However the number, quality of floats and participants was dismal; sure there were many and brightly colored floats, but due to the previous governor affiliations of the ousted political party in Quintana Roo they boycotted the carnival, which meant that many businesses did not participate financially or physically. The participants that were impressive were; the Cuban men dancers and the squad of drummers. The overall music played on each float no-where resembled the traditional Mexican music; rather it was a calamity of hip-hop vs Samba.

I was disappointed with the overall organization of Cozumel Carnival 2017, regardless of the political issues. The shows leading up the parades are held in the municipal park; there is no entrance fee – which is fabulous – you just join in with the crowds. A stage was erected for the shows. However, all the entertainment was done on the park floor and not on the stage except one or two bands. So, unless you had a seated view, you could hardly see a thing.  As always there is an abundance of food, toy, clothing and shoe stalls to pick from. There were far more beer stalls than I’ve ever seen on this Island and all it amounted to was a drinking fest for under-aged children and overgrown adults.

Personally, Carnival, what it is in today’s society, does not hold much interest for me.

Photos on this blog provided by Mik ‘n Drik Photography

For all the photos you can view them on our Facebook page: https://www.facebook.com/pg/AliandAileenMissions/photos/?tab=album&album_id=397049823988852