For a horse; his world is a gentle man .

A bone of contention on this fabulous Island is the usage and treatment of the horses that get used for pulling the coaches loaded with tourists. I had the privileged to meet Erick Arturo Dzib Pech; a “charro” or driver and his horse Castano which means Zorro.

Erick, the eldest of three siblings, was born in Motul, Yucatan. He left school when he was fifteen years old to look for employment in construction; a field of industry that interested and intrigued him. At eighteen his uncle, Jose Dzib offered Erick employment on the Le Calezas Ranch here on the Island. Erick left his $70 per week job and moved to Cozumel determined to earn more than that to help and support his family who still live in Yucatan.

He was trained to ride and care for the horses, firstly on the smaller horses until he was properly skilled to start earning a living. His first horse was Chris, and they formed a tight bond as Chris was a good tempered, well mannered and gentle creature. After a three-year partnership Chris contracted a colon virus and passed away.

Erick was distraught and considered returning to Yucatan and back to the construction industry. Then he was introduced to Castano, who changed Erick’s mind about leaving. Castano is completely opposite to Chris in that he is not very friendly, has a very strong will and extremely strong. It took Erick longer than usual to train Castano to pull the coach. With most horses it will take approximately three weeks to one month, three hours every day; Castano took two to three months. But Erick was patient with Castano; he knew they would make a great team eventually. Erick says the first thing he always tells his clients is that Castano is not very friendly and not to touch him; they hardly ever listen!

Erick has for the last eight years taken hundreds of tourist around Cozumel Island, he has seen many changes and made many changes in his life. When a vet paid the horses a visit on the ranch she spoke to Erick about Christianity, it took him a year to finally accept salvation and got baptized. Attending church; Church of Christ (Iglesia de Cristo on 55 ave), he met Corina through her sister who attended the same church. He said, and I quote “I saw her beautiful heart” Erick and Corina got married and are now blessed with a bubbly little son Arturo. Through their example and teaching Erick’s mother, sister, and brother have been baptized too.

For Erick, his toughest challenge is not the constant negativity focused on the health and welfare of the horses but rather the ridicule he has to face because he does not drink or have the social beer after work. He loves his work-mates and other than this issue they all get on very well. He always tries his hardest to show to everyone, even the tourist that he is a Christian.

For income, Erick relies totally on the tourism of Cozumel. If there are no cruise ships docked then they have to rely on the tourists coming over from Playa del Carmen on the ferry. If it is raining, the horses usually do not work. There are days when it rains while they are carrying tourists; Erick prefers to immediately return the tourists and take the horses back to the ranch however the tourists mostly wish it otherwise.

The tourists get taken on specific routes, short and long routes depending on the tourist, and they get shown all the main attractions such as the Catholic church, the market, and downtown. They operate from the cruise ship docks at Puerto Maya and downtown, Erick and Castano work from the Puerto Maya docks.

Between 1 pm and 3 pm, the horses get taken to El Vacio where they will get water and washed down. This specific time is so that the horses do not get too much water as this will cause stomach problems. People (local and tourist) always tend to assume that the horses are dying of thirst.

At Le Calezas the horses are well taken care of; Erick will get to the ranch at approximately 9 am and take care of Castano and then hook up the coach. Before they are permitted to leave the premises, Castano will be checked by a supervisor and the coach by a different supervisor. If there are any issues with either, they cannot leave. 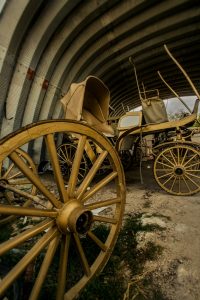 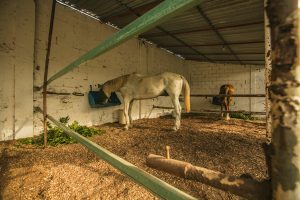 A veterinarian, as well as being on standby 24/7, will also do a thorough inspection of all the horses every two months. The horses shoes get replaced every month; they are fed fresh green foliage and grass every day as well as the supplement food specified by the vet. When they are not working, they will wear netting over their faces to protect their eyes. 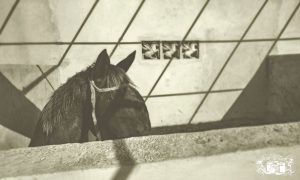 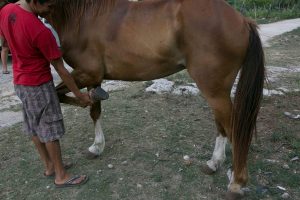 The horses are never left alone. Domingo Dias lives on the ranch and the manager Jose Dzib lives on the property next to it. Jose has been at Le Calezas for twelve years (has lived in Cozumel for twenty four years) and was one of the first charros’ on the Island.

There are currently thirteen horses and ten coaches at Le Calezas. The owner of Le Calezas, Jose Julio is originally from Yucatan, and he buys his horses from Yucatan or Nigeria; The horses he buys are usually neglected by their previous owner and in dire need of love, nutrition, and medical attention; this they do get at Le Calezas.

Few of the horses are born at Le Calezas and one, in particular, is Junior, he is three years old, stands 18.5 hands (1.93m) tall and is a magnificent creature. He will not be used to pull a coach as he is too naughty and mischievous. So, for now, he will simply be loved and admired. 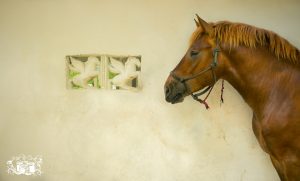 For Erick and Castano they will continue to be partners and relish the bond they have for one another. 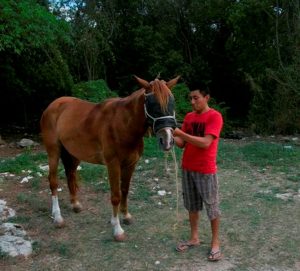 All photos other than the photos of Chris got taken by Mik ‘n Drik Photography.

Please continue to follow our travels, adventures and interesting stories of people and places at https://www.facebook.com/AliandAileenMissions/

2 thoughts on “TAKE A HORSE RIDE WITH ERICK”