I expected to see a lot of South African supporters at the USA7’s Rugby tournament but I got completely blown away. Half the stadium got consumed between South African and Fijian supporters. The flags flew high and wide, supporters dressed in outrageous outfits, in their team jerseys and even some supported two teams in one outfit. The stadium was an array of bright colours and designs even when the weather did not play along. Voices shouted out loud in a cheer for their team or if their team was not playing then, they cheered for good play, good tries or good sport. I was so proud to see the South African colours fill the Sam Boyd Stadium. 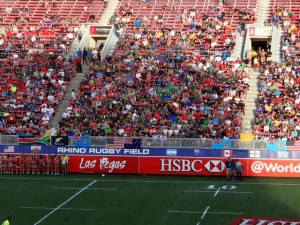 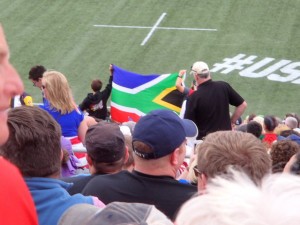 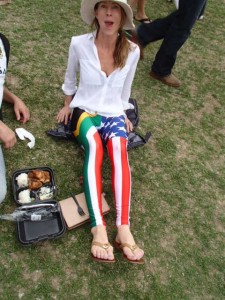 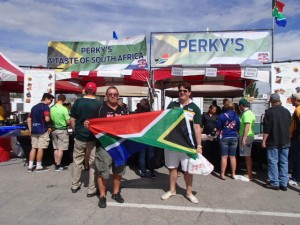 USA; a very patriotic nation stood proudly when the National Anthem got sung  even though we are not American it is impossible not to feel patriotic.

Outside the stadium, a section had been cornered off for food vendors and curio huts. While we walked about looking at the various things for sale we bumped into hundreds of South African supporters, it was blissfully wonderful. A certain vendor called Perky’s sold a range of South African food such as Bunny Chows, curry and rice and a National favourite Koeksisters. There were more people cued up for this food than any other vendor. By Saturday morning they had sold out of Creme-soda; what a tragedy. 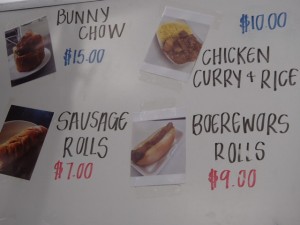 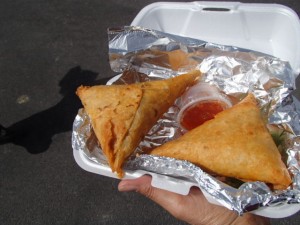 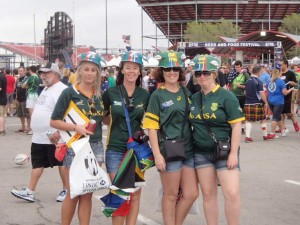 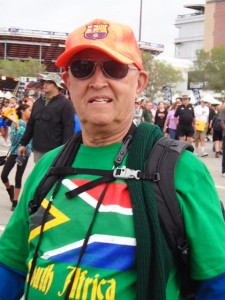 As always the competition between South Africans of which local team is supported raged on in very good spirit.

A fabulous stall called GUGU International sold beautiful scarves and flags and as the slogan says “You just have to wear”. Unique, classic and timeless you really just have to wear their gear.

Almost every country participating in the tournament got represented in either food, clothing or curious; there was a great selection of choice.

But it was the spirit that filtered through all supporters making this one of the best events on the circuit. Supporters behaved themselves – yes some got over zealous and had too much to drink but at the end of the day rugby won, Vegas USA7’s won a great victory in hosting a fantastic tournament. 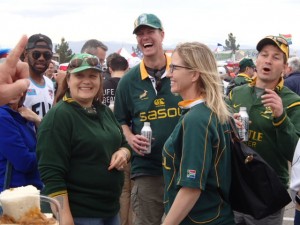 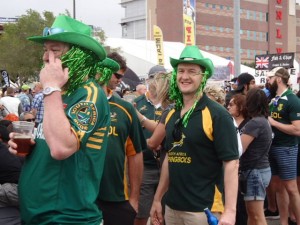 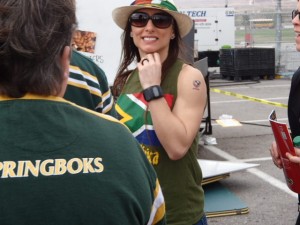 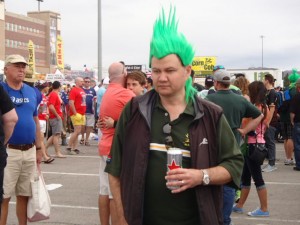 Enjoy all the photos on our Facebook page at https://www.facebook.com/AliandAileenMissions/